We have been busy, stocking up, mainly for the impending rush of cover sales, into Winter.

Always our busiest time of year, normally production times can stretch out up to Christmas with customers waiting 5 weeks sometimes for custom made covers.  This means that by early December, most places that offer a Truly Custom Product, and not an off the shelf general fit equivalent are struggling to fulfil orders before the 25th Dec.

So this year we have planned ahead and aim to have custom made and custom fitted stock available of our most popular car patterns.

So anything modern where we know the car wont have unique features, like mirrors on wing(s) fitted by owners or dealers, which have to be custom located for pocket(s) we will try and stock. 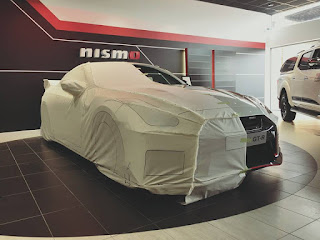 We currently have the following stock in already but will be looking to expand in the next few months.

We always have the likes of Stormorce ( and New Stormforce PLUS ), Voyager ( and New PLUS), Monsoon and Sahara covers in stock for next day delivery, but if you require something more fitted for outdoor use , then the Cielo or Advan-Tex is the way to go.

We will be at The Liverpool Cars and Coffee Meet on Morning of Sunday 3rd September at the front of The Chung Ku Restaurant.  Always a great meet, we will be attending in our Lancia Delta Integrale and will be on hand to answer any Car Cover questions you may have and have samples of indoor and outdoor covers.

If attending to show or just browse the amazing cars that are on show, be sure to get there before 9 as it gets very busy. 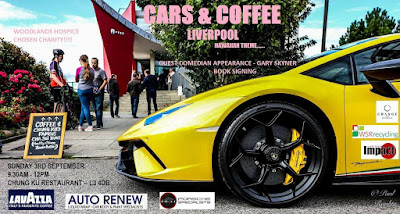 See you There.  Greg, Coveryourcar.co.uk

There is a worrying trend here in the UK, that seems to be in the news daily regarding cars stolen off driveways and car hacking of wireless entry and start systems of certain types of cars.

Apparently rife in America, and soon to be over here in the UK and Europe.

Where criminals will still target certain makes and models of cars and even break into houses looking for keys, the new trend seems to be just stand outside the owners front door with a sniffer / booster device which can detect the signal emitted from the wireless remote which polls to the car if its in close proximity to the house.

Check out this story the Daily Mail ran describing such a theft.
If you google further you will discover a list of cars, which are susceptible to being hacked with an ever increasing number of stories about such disturbing events.

But there are things you can do and it seems that revolve around old School Technology to protect your pride and joy.

1) Use a Faraday Bag or Faraday Box when keys are in the house, this will stop the signal from polling from the key fob to the car when idle.

2) Use a Steering Wheel Lock, make sure key is NOT on the same set of keys as the car's.  We recommend using a Thatcham approved product such as Disklok which we will shortly be stocking.

3) Use a Security Post of your driveway, make sure key is NOT on the same set of keys as the car's.

4) Use a Wheel Clamp, make sure key is NOT on the same set of keys as the car's.

5) Use a Car Cover with Clip to Car Activated Alarm which can't be hacked. This will give you some warning against a signal hack and keys being stolen plus it will make it less obvious what car you actually have.

6) Fit a physical / manual third party Thatcham approved immobiliser or cut off switch to the ignition.

Further updates will be forthcoming